The 2030 Agenda for Sustainable Development, adopted by all United Nations Member States in 2015, provides a shared blueprint for peace and prosperity for people and the planet, now and into the future. 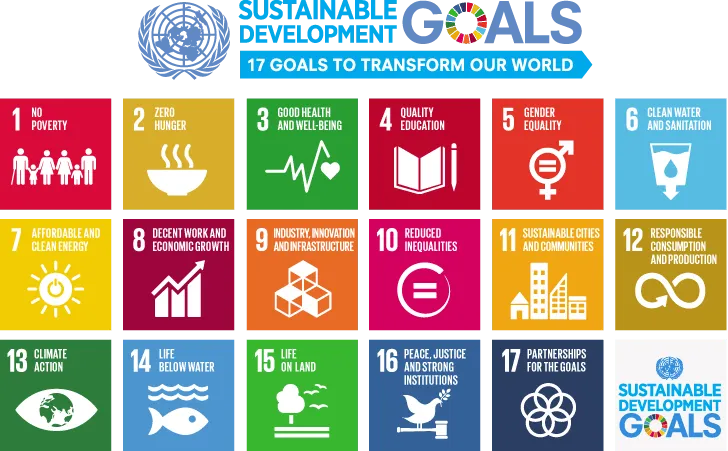 The 17 sustainable development goals (SDGs) to transform our world:

GOAL 17: Partnerships to achieve the Goal

The Implementation of the 2030 Agenda with the SDG’s at its heart is the most important shared agenda that humanity has ever adopted. But, as the UN Secretary General has affirmed in his 2019 Report to the HLPF, the global response to the 2030 Agenda has not been ambitious enough… Four years after its approval in 2015, the challenges are even greater: growing inequalities, mistrust in policy systems, violence against vulnerable groups, military conflicts, climate emergency, [and a new virus – K.C.]. In the face of such urgency, CULTURE should be at the heart of the response, as a crucial, needed force. (Culture in the Implementation of the 2030 Agenda. P.96.)

The report entitled Culture in the Implementation of the 2030 Agenda (read the report!) says that, in order to put Culture within the SDG’s frame, SDGs need to consider culture as an invaluable driver and enabler to help communities thrive and be sustainable. We need the cultural communities, sectors, actors and agents, to come closer together for the achievement of the 2030 Agenda and the SDGs.

The types of reference to culture fall into a few categories, including generic, non-action references; culture as an end in itself; culture as an enabler of other ends (cultural industries and jobs, promoting wellbeing, promoting tolerance); engagement of culture ministries/ agencies in consultation, coordination and executive mechanisms; and innovative practices (e.g. having a clear section on culture policy and programmes, or focusing on cultural indicators).

Some of the most prominent themes or entry points for culture are observed to include: culture at the top of the VNR vision (e.g. the title or as a Goal), culture as a strategic element of the national vision; culture as a fundamental value related to citizens’ quality of life and social cohesion; culture as an elements of a country’s strength, identity and enabler that makes the country attractive and livable; culture as a vehicle for fostering peace, in conjunction with education for a culture of peace; culture as an element of the creativity, innovativeness and productivity of a country; culture being leveraged as a policy enabling/ accelerating tool; the cultural dimension cited alongside social, economic dimensions of sustainability; culture as an enabler of the Pillars of People and Planet; focused themes such as cultural diversity and cultural heritage; close link between natural and cultural resources (e.g. in context of traditional agriculture); indigenous rights, in context of land; culture as a part of education policies; culture being often linked to cities and urban policy; culture as a dimension of empowering vulnerable groups such as women and youth; right to access to cultural services; cultural property crimes; culture in context of resilience; and efforts and challenges in quantifying progress in culture.

In terms of Goals and Targets, it is interesting to observe that a few SDGs are the focus of attention in relating culture with sustainable development, which also reflect the text of the 2030 Agenda: SDG4 (Education), SDG11 (Cities and Human Settlements) and SDG16 (Peace, Justice and Strong Institutions) are the most closely cited, while SDG8 (Decent Work and Economic Growth) and SDG12 (Sustainable Consumption and Production) are also relatively common. For other Goals, the narratives of VNR reports either implicitly suggest or effectively miss the connections with culture.

In all of these Goals, there is evidence of the involvement of cultural actors in the elaboration, implementation and evaluation of cultural actions in policies and programmes.

The Implementation decade (2020-2030) is about to begin. We are convinced that an explicit presence of culture in the “action and delivery” efforts to achieve the SDGs is more essential than ever, because:

(a) the adaptation of the SDGs at the national or local level requires recognition of specific cultural contexts – what may be termed the ‘cultural localisation’ of the SDGs, which involves translating the universal language of the SDGs into the individual and collective lives of citizens inhabiting specific communities, cities and regions. This is valid for all SDGs, but particularly salient in areas like health and wellbeing (SDG 3), cities and settlements (SDG11), education (SDG 4) or governance, peace and justice (SDG 16);

(b) in many areas, including zero hunger (SDG 2), sustainability education (SDG 4), sustainable use of environmental resources (SDG 6, 7, 13, 14, 15), promotion of sustainable tourism (SDG 8), sustainable evolution of urban and rural settlements (SDG11), adoption of sustainable patterns of production and consumption (SDG 12) or mitigation of and adaptation to climate change (SDG13), cultural knowledge and resources can act as enablers of sustainable development. While they may not be always central to the ways in which SDGs have been formulated, cultural aspects can become resources to achieve the goals as specified in the 2030 Agenda – e.g. through the mobilisation of traditional knowledge around natural resources and the integration of cultural heritage and creative industries in economic development strategies; and

(c) cultural practices convey forms of expression, creativity and identity building that relate to the core of human dignity, and as such embody people-centred, sustainable development. Libraries, museums and community cultural centres can be seen as basic services (SDG 1), while the interrelation between gender equality and culture holds potential for positive social transformation (SDG 5) and the integration of the arts and cultural knowledge, diversity and creativity can be seen as integral to inclusive education (SDG 4). Cultural facilities may also be seen as part of resilient, quality infrastructures (SDG 9), cultural programmes contribute to reducing inequalities (SDG 10) and the protection of cultural heritage is key to sustainable cities and communities (SDG 11). Last, but not least, Partnerships for the Goals (SDG 17) should foster more international cultural collaborations.

Presenting the report Culture in the Implementation of the 2030 Agenda, all we want to say is that CULTURE is a driver for Sustainable Future, CULTURE needs to be considered, as we saw above, in all 17 SDG’s and we cannot underestimate the crucial role of CULTURE in building responsible and sustainable societies worldwide.

The report ‘Culture in the Implementation of the 2030 Agenda’ prepared by ICOMOS in collaboration with United Cities and Local Governments (UCLG), International Federation Library Associations and Institutions (IFLA) and our partners in the renewed #Culture2030Goal campaign, analyses the presence of the ‘culture’ theme in the HLPF reports since the adoption of the 2030 Agenda.

What do you think and feel about it? Comment!

View all posts by Klaudia Chzhu

Famous Italian architect Renzo Piano renovated Moscow GES-2 power station to be converted by @vacfoundation into a new Moscow House of Culture!
@uralbiennial
We or Me?
@uralbiennial
🏭 The Ural Industrial Biennale is the largest international project in the field of #contemporary_art in the Russian Federation running since 2010. The main exhibitions of the Ural Biennale are specifically held on the territory of the monuments of #industrial_heritage.
New @art_culture_inside section is launching:

Type what you are looking for ↓